In Mrs. Vadillo’s kindergarten classroom at Bethune Elementary, the start of the school day is not filled with lessons or discussions of the previous night’s homework.

Instead, the school day starts on a much simpler note, with students sitting at their desks eating a fresh, hot breakfast. On this particular Thursday morning, students are washing down their chicken sausage sandwiches with orange juice and milk while talking about their weekend plans and favorite superhero (Batman is declared the “coolest superhero” of this particular class).

A similar scene plays out every day at thousands of classrooms across Dallas ISD. Since 2012, the district has participated in Breakfast in the Classroom, a federally funded program that provides a free nutritious breakfast to students. The district started by implementing the program in all elementary schools, adding middle schools last school year and high schools this year. Daily student participation in Breakfast in the Classroom has increased by more than 25 percent since the 2013–14 school year. 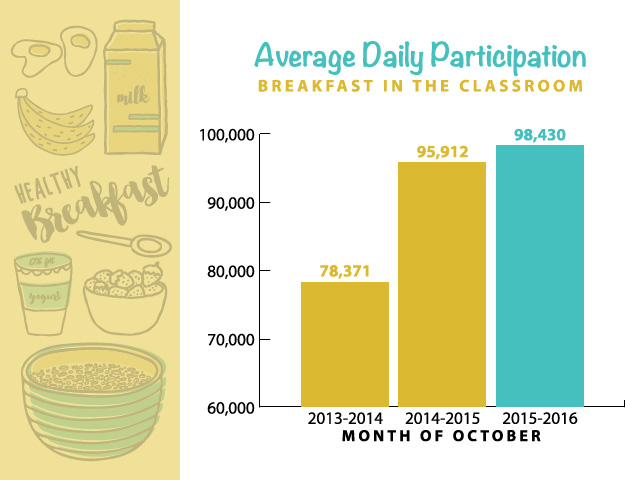 The philosophy behind Breakfast in the Classroom is simple and proven by studies: students who start the day with a good meal will be more ready to learn throughout the day.

“Anyone who forgets to eat breakfast knows that it’s much harder to focus and do good work when your stomach is empty,” Bethune Elementary Principal Teresa Hernandez said. “It’s incredible the positive effect that taking a little time at the start of the day to feed our students then has on the rest of their day.” 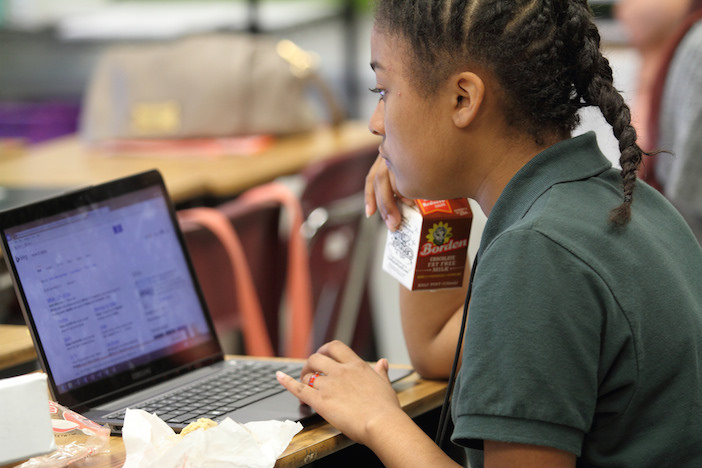 Nakia Douglas, principal of Barack Obama Male Leadership Academy, said providing a breakfast for all students removes a significant hurdle that blocks them from their full learning potential.

“Our kids come from situations and circumstances that are well beyond their control,” Douglas said. “But if there is something that we can control, it is what is happening inside our schools. So if our kids are hungry, we will tirelessly work to make sure they are well fed.”

Each Dallas ISD school decides how to implement Breakfast in the Classroom on its campus. A school can offer the breakfasts in strategically placed kiosks in hallways throughout the school, serve them to students inside the classrooms, or some combination of the two. 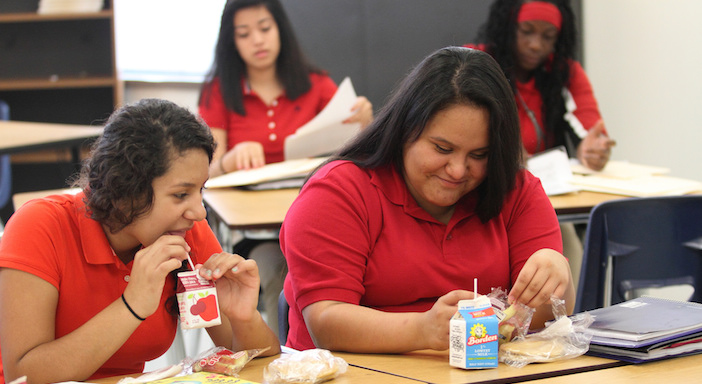 Olga Rosenberger, director of operations for Dallas ISD Food and Child Nutrition Services, said her department is consistently working with schools to figure out how to make Breakfast in the Classrooms more effective. For example, to try to get more high school students to participate and take a meal, Booker T. Washington High School is offering a smoothie bar. Rosenberger’s team has been working to expand the breakfast menu in other ways, adding options such as a yogurt parfait with granola and fruit.

“Reducing the stigma means Breakfast in the Classroom can reach those students that may not usually eat school breakfast and may benefit most from the program,” Landry said. 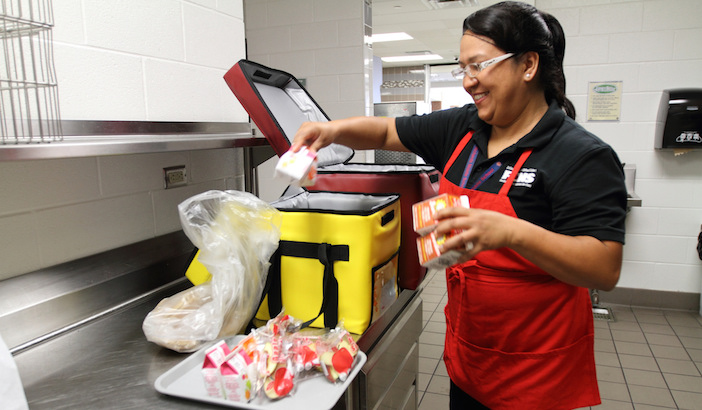 Breakfast in a Classroom is part of a broader district strategy to make sure students are well fed throughout the day and year. There are 165 district schools participating in the After School Meal Program as of November; 107 schools participated in the program as of November 2014. Also, select schools serve hundreds of thousands of free summer meals.

“It’s easy for anyone who isn’t in danger of going hungry every single day to not fully understand how important these programs are to make sure Dallas ISD kids, at no cost to them or their families, are well fed,” Landry said. “Dallas ISD deserves credit for being a leader, not just in Texas, but on the national level for providing good meals for those who need it the most.“