Joe Veracruz, a 25-year military veteran with the Texas Air National Guard and current DFR chaplain, spoke about the sacrifices that law enforcement officers and members of the U.S. military make every day. He also talked about the importance of unity. 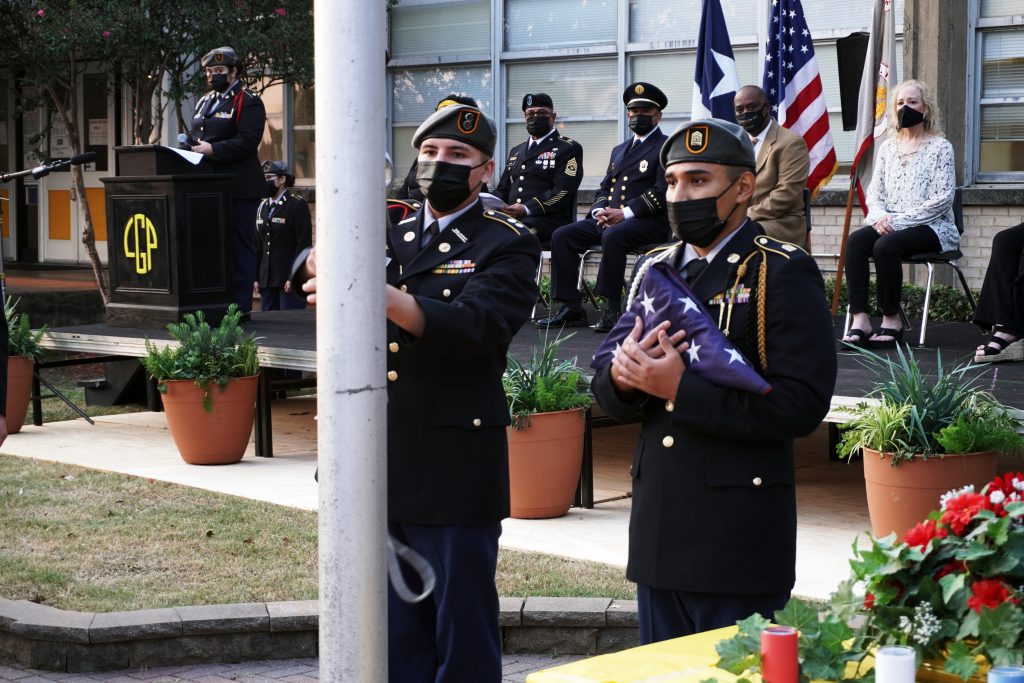 The recognition started with a member of JROTC narrating a chronological summary of events that took place on 9/11. She took brief pauses during her narration, which were filled with the sounds of sirens of patrol cars and a fire truck that was parked by the school.

Veracruz spoke about being deployed to Afghanistan and Iraq after the attacks. He had a one-year-old daughter when the 9/11 attacks took place and remembers coming back and forth for two-and-a-half years that followed.

“When someone says, ‘Thank you for your service!” what exactly are they thanking you for?” Veracruz said. “It takes a toll when you volunteer and you serve, whether you’re a police officer, firefighter or military member, you kiss your family goodbye that morning with no guarantee that you’re going to come back. It is a calling, something that you volunteer to do, and that’s what makes it very special, because you know you’re going to put yourself in harm’s way.”

JROTC students held a flag replacement ceremony and then lowered the new U.S. flag to half-staff, in memory of the civilian and law-enforcement casualties of 9/11. During the ceremony, the chaplain also spoke about the post-Sept. 11 social climate in the United States. He recalled witnessing a lot of panic and fear, but also unity and compassion among Americans.

“I’m going to pray today for the unity that we all felt that day. It didn’t matter what your political stance was, your race or gender, it didn’t matter,” he said. “What mattered was that we all came together, united by that flag right there, united by the sacrifices that everyone made, and that we continue to make this day. We’ll continue to stand together, regardless of what’s going on. We’ll continue to fight together, and nothing is going to turn this nation apart.”

Pinkston High School Principal Marlon Brooks thanked the law enforcement and military members and the Peeler Elementary students for attending. He recognized the work of his school’s JROTC battalion and echoed the chaplain’s message of unity.

“We have the opportunity, when I talk about knowledge, these beautiful faces of the children who are in front of us, whether it’s Pinkston or John F. Peeler Elementary,” Brooks said. “We’re here and we pay honor to those who lost their lives on that day. And the best way to honor them, as Chaplin Veracruz said, is to live in unity above anything else, regardless of everything else. If we do that, we will continue to be the America that we want to be.” 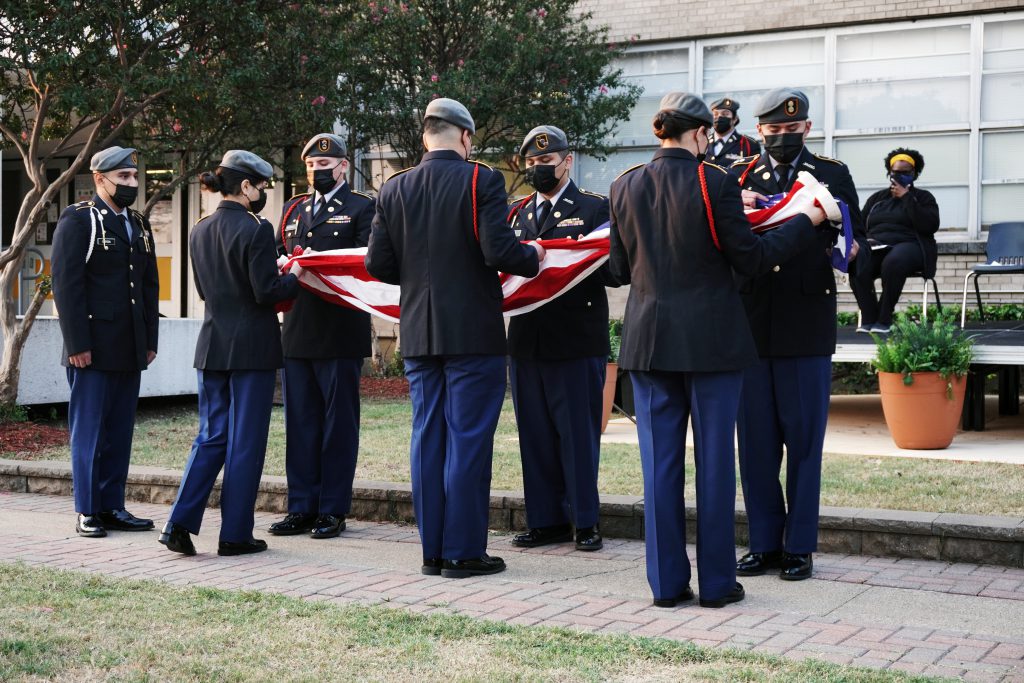