Coaches and students attended after-school practices, workshops, and scrimmages from September to March. Educating self and others through thoughtful, persuasive and civil argument, the elementary debate curriculum is designed to enhance students critical thinking, organizational, teamwork and public speaking skills. The two resolutions that the students debated this year were: Fifth-grade students should do homework, and Video games are bad for children.

The latter topic was the resolution for the end of the year debate tournament that was held Saturday, March 2, at Edison Middle School. More than 50 fifth-graders from 11 schools competed in Dallas ISD It’s A DebateAble Elementary Debate Tournament where all teams had to argue one round affirmative and one round negative. 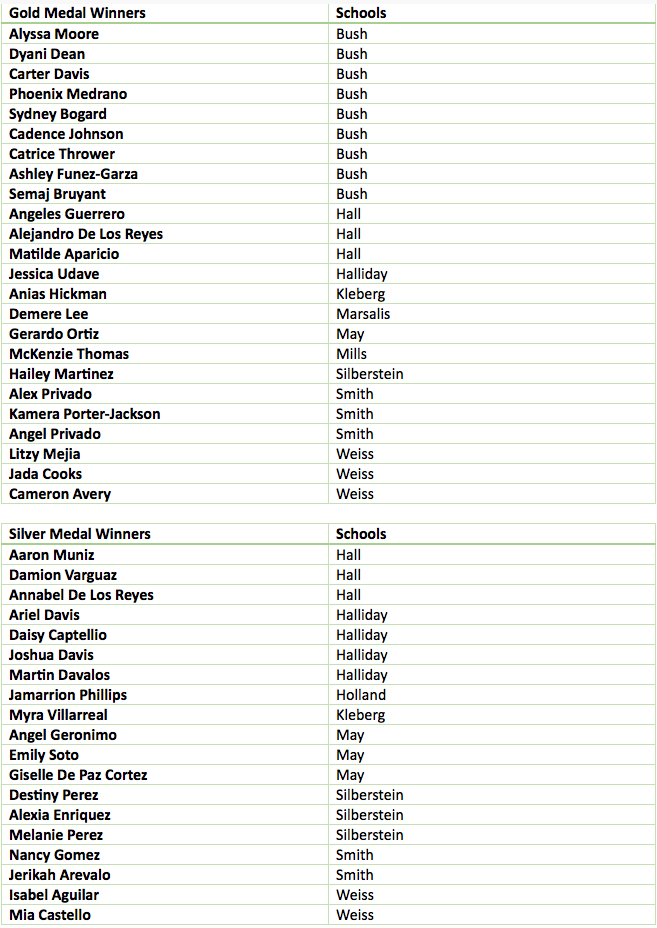