Teams from two Dallas ISD elementary schools have been invited to participate in the World Futsal Championships in Orlando, Fla. 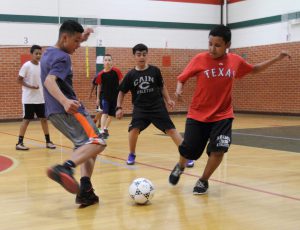 Futsal, a fast, furious sport that is similar to indoor soccer, was brought to the district last year, culminating in a districtwide tournament. Onesimo Hernandez and Mary McLeod Bethune elementary school teams were invited after placing well at the district tournament.

In Orlando, they will face teams from across the United States and from other countries.

The Hernandez team has secured funding from school partner Southwest Airlines. The Bethune PTA is collecting funds to send its team to the championships here.