Beef jerky, magazines, and clothing are heavily sought after items in a military care package, but it’s really all about the letters. Letters have an incomprehensible value to the morale of a soldier, and are the most highly requested item from deployed soldiers. This is why the fifth-grade class at Maple Lawn Elementary School partnered together with Southwest Airlines and A Million Thanks to send their appreciation to the Armed Forces through a letter writing campaign in honor of Veteran’s Day.

On Nov. 2, the fifth-grade classrooms received a visit from Southwest Pilot Dan McElroy, retired Commander from the United States Naval Reserve, and Southwest volunteers as they worked together to compile nearly 100 letters to our troops overseas.

“I served in the Navy for 29 years.” McElroy said. “I was away from my family and friends for a long time, and whenever I received a care package with a letter, especially from kids in elementary school, it put a huge smile on my face.”

The letters were collected at the end of the day and will be sent to deployed troops in honor of Veterans Day on Nov. 11 through A Million Thanks, an organization whose goal is to provide support to service members and their families through letter writing.

“I want to be in the army just like you. I have read many books about famous soldiers and revolutionary wars. All these books have taught me one thing, fear and discouragement is just another reason to try harder. Many soldiers just like you have taught me to never give up. Thank you for all that you have done to protect our country.”

Below are some of the other letters: 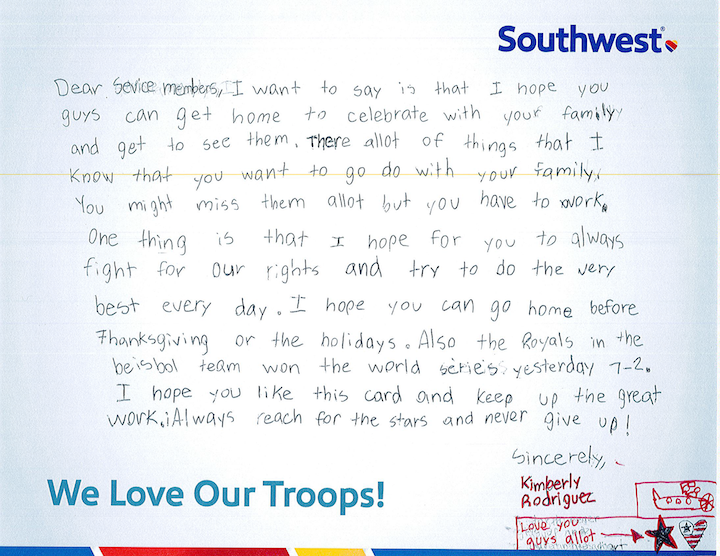 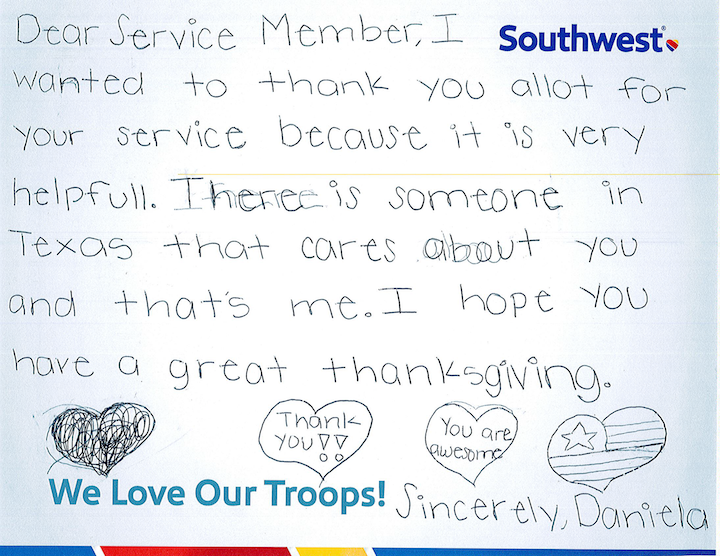 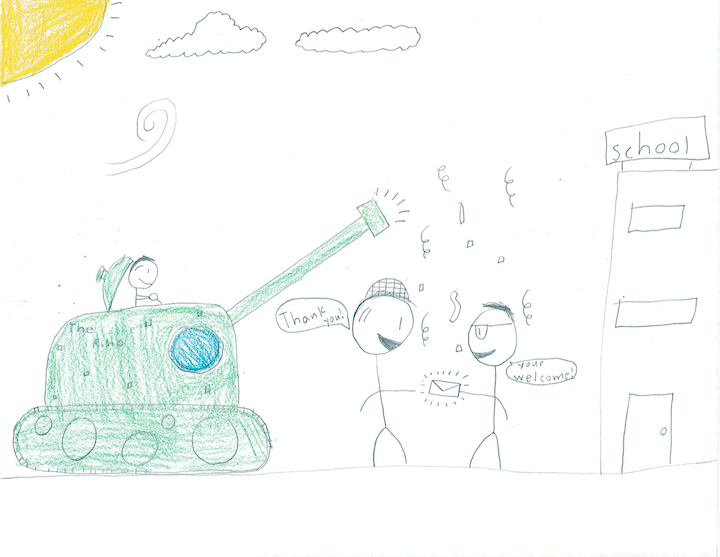