This school year, 1,943 Dallas ISD students are graduating with a Performance Acknowledgement for Bilingualism and Biliteracy, affectionately known as the “Texas Seal of Biliteracy.” That figure is up by more than 300 students from last year’s 1,608 who earned the honor. 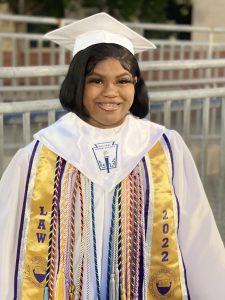 Students may earn the seal in one of several ways, including:

Regardless of the qualification pathway, students must also complete four English graduation credits and earn a grade of 80 or higher in those classes. For students who are English Language Learner/Emergent Bilingual, there is an added requirement: They must have officially exited that program by attaining a score of Advanced High on the English Language proficiency test (TELPAS). There is a movement in the foreign language teaching community across Texas to change that requirement at the legislative level.

Here are the numbers of students earning the Seal of Biliteracy for each school: