Rebecca Ajuluchukwu, a campus instructional coach, is one of the main organizers of this project. Before working at Hawthorne Elementary, she taught middle school and organized a similar activity for her students. Ajuluchukwu recalls how much her former students enjoyed this project and decided to bring it to her current campus. 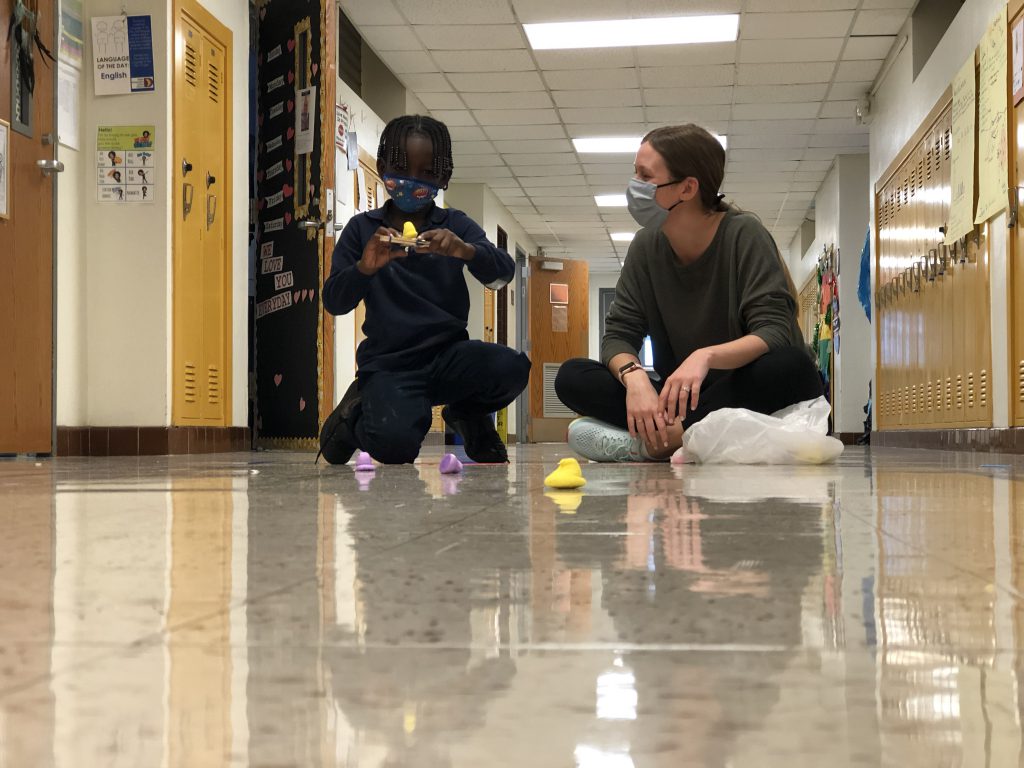 We spoke with her about the purpose of this activity.

Why did you organize the Catapult Challenge?

This year, more than ever, we wanted to give the kids an opportunity to apply critical thinking and problem-solving skills with simultaneous instruction for students at-home and in-person. With the safety restrictions this year, we really had to think outside the box in order to get the kids engaged and apply some of those skills. 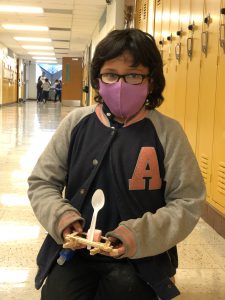 Starting in December, we had our first Gingerbread House Design Challenge, and we had an amazing response. We saw such a creative spark from the kids, which led us to do the second challenge: the Catapult Challenge.

How does it work?

It’s a competition and we gave the students a list of recommended supplies. We worked with our librarian, who had the students draw catapult prototypes this week and had them learn about catapults. And we kind of brought it to fruition this week by actually building the real design.

Once the kids have the design, they compete with their classmates. And from there, each classroom elects their representative who competes in the final showdown of the Catapult Challenge.

What have been the students’ reactions to this assignment?

I have seen so much excitement and so much problem-solving. I saw several students who were running back to their classroom to make last-minute little tweaks. It was trial and error, and they were really able to build up from their initial designs.

We had such a good response from the students and the staff that this is something that we’re going to continue doing every two months.