The school’s Leadership Cadet Corps raised the flag – first at half staff to honor those who lost their lives on Sept. 11, 2001. The school’s choir sang “The Star-Spangled Banner.”

The school, formerly John B. Hood Middle School, has conducted similar events each year to commemorate the attacks, honor the victims and show the strength of the country as it moves forward. 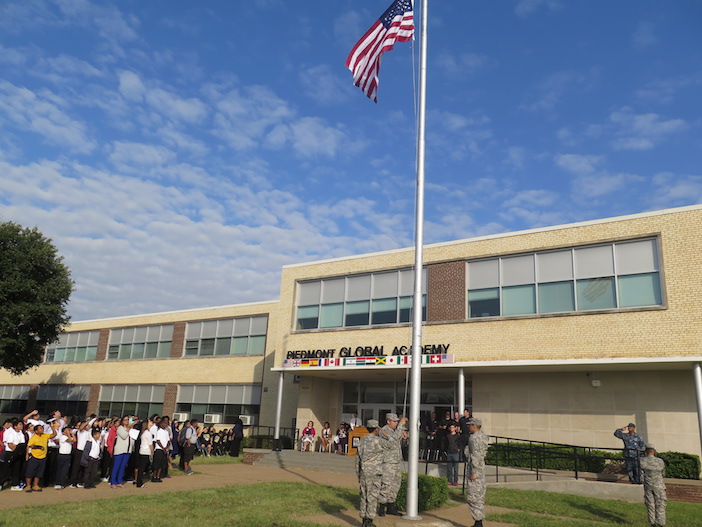