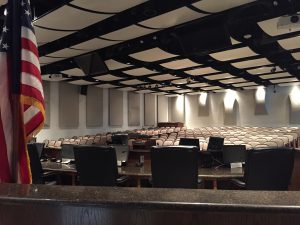 Voters in Dallas ISD trustee districts 2 and 6 will have the chance to cast ballots for their representatives on the Board of Trustees in the May 6 election.

District 8 Trustee Miguel Solis is running to return to the board unopposed. Solis was elected in November 2013 to complete the unexpired term of Adam Medrano, who was elected to the Dallas City Council. Solis was re-elected to serve a three-year term in May 2014.

Incumbent Dustin Marshall faces challengers Richard D. Young and Lori Kirkpatrick. Marshall was elected to the board in June 2016 to complete the unexpired term of Mike Morath, who was appointed to be Texas Education Commissioner by Gov. Greg Abbott. Marshall is the CEO of Hazel’s Hot Shot.

Young is a classroom teacher. Kirkpatrick is a physician assistant.

Incumbent Joyce Foreman faces challenger Phelesha Hamilton. Foreman was elected to the board in May 2014, and is a retired business owner.

Hamilton is an author.

Citizens who are not registered to vote have until Friday, April 6, to register to be eligible to vote in the May 6 election. Early voting and election day information will be posted here when it is available.