Dallas ISD fifth-grade students participated in a debate workshop at Adamson High School in late October where they were immersed in hands-on activities and lessons taught by Dallas ISD middle school debate coaches about learning how to respectfully disagree. 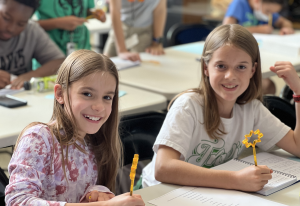 To prepare for their first debate tournament, elementary debaters learn the ins and outs of debate and the art of public speaking at the annual Elementary Debate Student Workshop. This year, 374 students from 53 campuses participated in the workshop that was designed to help them develop the skills needed to become skilled debaters. Workshop topics included Intro to Debate, Public Speaking Skills, How to Make an Argument and Refutation. After learning the fundamentals of debate, students put it all into practice in front of their peers including speaking, making arguments and responding with counterarguments.

“The workshop is part of the elementary school debate program which introduces them to debate through fun lessons and engaging activities,” Michelle Read, Student Activities Coordinator, said. “You can tell fifth graders love debate because it allows them to have a voice and when you give students a voice, you build critical thinking and confidence.”

Participating debaters said they enjoyed the lessons because they were taught how to respectfully express their points of view on various topics.

“I like doing debate activities because I can show my feelings and argue for my opinion,” said Hannah Zegeye, Solar Preparatory School for Girls fifth grader.

Following a full day of learning the art of debate, students and coaches filled the auditorium to witness a live debate between two teams of sixth graders, who competed last year as fifth graders in the district’s elementary program. The teams from Sudie Williams TAG and Trinity Heights TAG went head-to-head arguing whether or not zoos should be banned. These young debaters took turns presenting arguments ending with a period in which each team contested the opposing team’s arguments, using a rapid crossfire refutation technique. 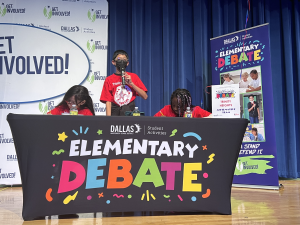 “Now that the elementary debate program has been in existence for five years, the department can rely on previous debaters to show their younger peers what a debate looks like from beginning to end,” Read said. “The sixth graders really jumped at the chance to show off their debating and public speaking skills.”

Elizabeth Holguin, Sudie Williams TAG debate coach, said her students were very excited about the demonstration debate and will remember this moment for a very long time.

“My kids felt like celebrities after being on stage. They had a lot of fun,” said Monica Chapa, Trinity Heights TAG debate coach. 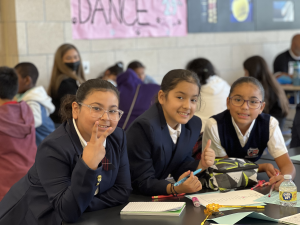 Not only did the students attend a workshop to help them learn how to debate, but elementary debate coaches also had their workshop in September where they were equipped with curriculum from Debate|Able, a debate program for kids.

The teacher workshop was conducted by Elizabeth Kruse, founder of Debate|Able. Dallas ISD has partnered with Debate|Able to build a districtwide debate program for all fifth graders.

“As my company works with some of the most engaged and amazing teachers in the country to prepare them to lead their debate clubs with confidence and enthusiasm, Student Activities always makes it easy by supporting its coaches before, during and after the training,” Kruse said. “The debate coaches will inspire their students and introduce them to the life-changing skills of debate.”

In January, elementary debaters will test their newfound skills and passionately argue whether banning books does more harm than good during a one-time scrimmage opportunity. This event will be followed up with a tournament in February.