Kendall Stafford, senior Teen School Board representative for Booker T. Washington High School for the Performing and Visual Arts, has been on the board since her junior year.

As a student in the theater conservatory at Booker T, her concentration is on stage management, playwriting, directing and design. “I’m really focused on the technical aspect and production aspect of theater, but I like to dabble in everything,” she says.

Once in college, Kendall would like to study cultural anthropology, because, as she describes it, “The major allows flexibility for an emphasis on arts, information, history, and culture, all meshed together in one major. I would like to explore the world, help other people in the world, promote empathy, understanding and community, and represent people who are unseen.” 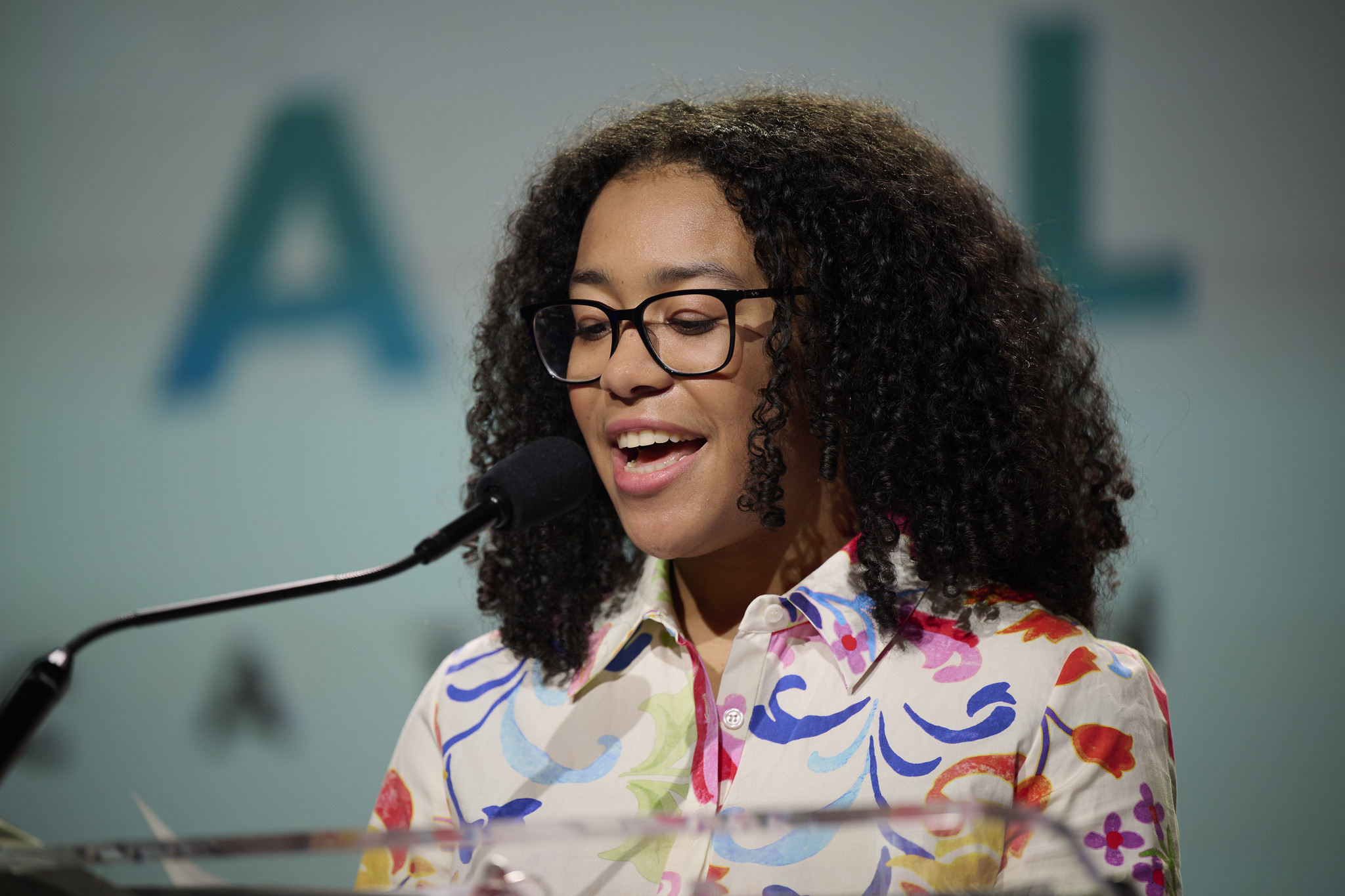 Right now, one of Kendall’s biggest interests is the African American Show, a celebration of the Black community, telling the history, showing what it is to be Black and highlighting different aspects of Blackness. “Every year the African American Show is different. This year the  play we’re producing, ‘Black to the Future,’ focuses on historical events, racial identity and the journey of self-discovery.” Kendall was one of several co-writers of the script, which she refers to as “a labor of love.”

She is also teen coordinator for #TeenWritersProject, an international nonprofit that seeks to uplift and support young writers globally, with members from Nigeria to New York to Utah and all around the world. “Its mission is to give underfunded, underrepresented people a space to create safely and see that their aspirations of being a creator can be fulfilled,” she says.

Kendall’s next step is “quite honestly, to get into the college of my dreams.” Prospects include Dartmouth, University of Pennsylvania, University of Michigan, Duke, Yale, NYU, Brandeis, Indiana at Bloomington and Colorado at Boulder.

Nearly 2,000 Dallas ISD students are graduating with the ‘Seal of Biliteracy’