Dallas ISD celebrates teaching excellence by recognizing outstanding educators who are making a difference in the lives of students every day. Meet 2021-2022 Principal of the Year finalists. From the finalists, one principal will be selected from each category to represent Dallas ISD as Principal of the Year. Winners will be announced at the inaugural 2021-2022 Dallas ISD Educator of the Year Awards presented in partnership with the Dallas Education Foundation and Reliant on May 10, 2022.

Antonio Verduzco is completing his fourth year as Principal at B.H. Macon Elementary School and his 18th year in Dallas ISD. He began his career as a bilingual teacher at Margaret B. Henderson Elementary in 2001. Honored as a Reading Academy Laureate in 2003 and after obtaining his Master of Bilingual Education from Southern Methodist University in 2004, he was recognized as a Campus Teacher of the Year in 2006. Following his participation in the Urban Collaborative for Educational Leadership (UCEL) from 2006-2007 at the University of Texas at Arlington, he served as assistant principal at Fred F. Florence Middle School and Kleberg Elementary School. In August of 2009, he was Julius Dorsey Elementary School principal.

Verduzco is a first-generation Mexican American who was raised in Oak Cliff by an immigrant grandmother and aunt. After receiving his Bachelor of Arts in History with a minor in Spanish from Texas A&M University in 1998, he returned to Dallas to begin his teaching career with Dallas ISD. Dallas ISD is home for him as a graduate of Skyline High School and now a proud parent of two Dallas ISD students. Currently, he is pursuing his doctorate in Educational Leadership from Southern Methodist University. Under his leadership, B. H. Macon Elementary has implemented data-driven instruction to tighten student achievement gaps. Verduzco increased commitment among staff to provide students with an equitable education and expanded opportunities, including an elementary AVID program, chess and robotics clubs, and additional extra-curricular and co-curricular activities for students in all grades.

More than 20 years ago, when Jennifer Atkins walked onto the campus of Edward Titche Elementary School, she found her 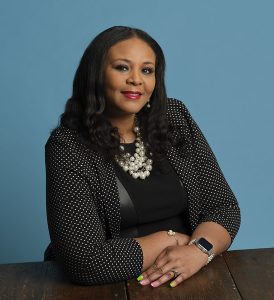 first opportunity to impact young people’s minds. Atkins has worked on the postsecondary and secondary levels and believes in the fundamentals of education, realizing that the greatest need for student maturation and attainment must be carefully and thoroughly addressed at the primary level.

For the past 10 years, she has considered Charles Rice Learning Center home and the best educational environment in Dallas ISD. Before becoming the school’s principal, she served as an English language arts teacher, a campus instructional coach, and assistant principal. 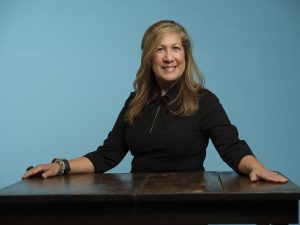 Theresa Fernandez Sigurdson is the principal of Francisco “Pancho” Medrano Junior High School. As the school’s principal for the past 12 years, Sigurdson has focused not only on individualized support for the students’ academic needs, but also on maximizing their social, emotional, and cultural growth.

During Sigurdson’s tenure, Medrano Junior High successfully integrated students from another middle schools that was destroyed by a tornado. Sigurdson has secured several grants and partnerships to provide additional supports and resources to students. She also led the restorative discipline pilot, which continues today and adds to the positive, welcoming, and productive environment on campus.

Katherine Wanserski Eska is in her fifth year serving as principal at North Dallas High School. A graduate of the University of

Notre Dame in business administration and a minor in education, Eska started her career in Dallas ISD in 2009 as a math teacher, cheerleading sponsor and department chair at H. Grady Spruce High School.

In 2013, Eska continued her own education and earned a master’s degree in education policy and management from Harvard University. Following graduation, she served as head of school in a turnaround public charter elementary school in Lawrence, Massachusetts. Eska is currently pursuing her doctorate in The University of Texas at Austin’s Cooperative Superintendency Program.

Passionate about Dallas ISD students, she returned in 2014 as principal of Kramer Elementary School, where she led the school to six state distinctions and through the International Baccalaureate authorization process. The campus subsequently became the first IB Primary Years Programme in Dallas ISD.

Now at North Dallas, she has seen the campus increase academic achievement year after year, grown enrollment by over 15%, and overseen design and implementation of a $46 million bond project. Most notably, the campus became only the second comprehensive high school to achieve Choice School status and the first-ever Design Thinking campus in Dallas ISD.

Eska has a 1-year-old daughter, Lyla, and is expecting another child, Kailani, with her husband. 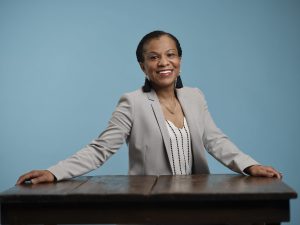 Gabrelle Dickson has served as principal of Young Women’s STEAM Academy at Balch Springs for five years. She began her career in 1999 as a seventh-grade English teacher in Austin ISD before joining San Antonio ISD as part of a turnaround team at Sam Houston High School.

Although being a principal is all she ever wanted to do, Dickson’s administrative journey included stops as a Title I grant manager and intervention specialist before taking a leap of faith in 2015 that landed her in the Dallas ISD’s principal fellows program. An assistant principal role at H. Grady Spruce High School soon followed.

Dickson holds a Bachelor of Arts in English from The University of Texas at Austin and a Master of Education in educational administration from Texas State University. She was named a 2018 Southeast Network Secondary Principal of the Year, a 2019 Dallas ISD Master Principal, and 2020 Single Gender Cluster Principal of the Year. She serves on multiple district advisory boards, as a Principal Impact Collaborative alumnus, and as mentor to five new campus principals.

Michael Jackson has served as the principal of Sudie L. Williams Talented and Gifted Academy for the last four years. A proud 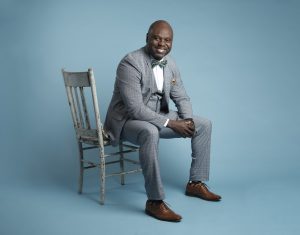 Dallas ISD graduate of Thomas Jefferson High School, he is especially proud to serve as an educator in his home community. He is an honors graduate of Texas College, where he earned a bachelor’s degree in history, and a graduate of The University of Texas at Arlington, where he earned a master’s in educational leadership and policy studies. Jackson is currently pursuing a doctorate in education at The University of Texas at Austin’s Cooperative Superintendency Program.

Inspired by his own teachers, the 22-year veteran educator has served as a teacher, a teacher mentor, basketball coach, grade-level chair, campus instructional coach, AVID coordinator, assistant principal, and principal  at the elementary and secondary levels—all in Dallas ISD.

He has been recognized as a Campus Teacher of the Year, Magnet School Principal of the Year and has earned a Master Principal designation. He has also served on the Chief of Schools’ Focus Group and the Superintendent’s Principals Group.

Under his leadership, Sudie L. Williams TAG Academy has been recognized by U.S. News and World Report as the #6 ranked elementary school in the state of Texas. Jackson’s two favorite mottos are: “Give the people light, and they will find their way” and “It’s nice to be important, but it’s more important to be nice.”