The Mexican Consulate in Dallas granted an award to Dallas ISD Superintendent Michael Hinojosa on Wednesday for his commitment and years of service to the Dallas migrant community.

Dozens of Mexican nationals watched as Mexican Consul Francisco de la Torre Galindo introduced Dr. Hinojosa, thanked him for his years of service and support, and recognized him as a successful leader with strong ties to immigrants. 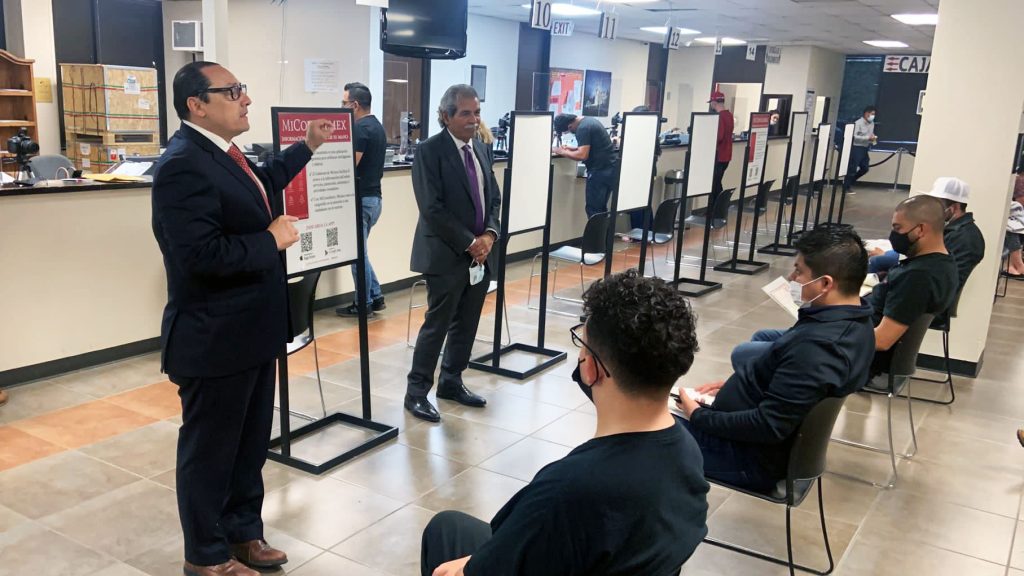 “Michael Hinojosa, through Dallas ISD, has been a strong ally of the Mexican Consulate in Dallas, of the Hispanic community and of the immigrant community, for many years,” de la Torre Galindo said. “Dallas is a city with a 42% Hispanic population, and Dallas ISD’s student population is more than 70% Hispanic. At the consulate, we recognize Dr. Hinojosa’s labor to support the Hispanic community, the Mexican community and migrants overall through education.”