Sol Cabrera, a dedicated student, a skillful softball player and a self-starting leader, guided her team successfully amid the COVID-19 pandemic and earned a full-ride scholarship to study neuroscience.

She graduated from W.W. Samuell Early College High School in June with an associate of science degree along with her high school diploma. Cabrera was among the top 10 percent of her class and was granted two academic scholarships – including a four-year, full tuition award – to attend Centre College in Danville, Kentucky.

Throughout her five-year softball career, Cabrera became a three-year varsity starter, earned the Lady Spartan Softball captaincy and was chosen as a member of the 2021 All-District – First Team by Dallas ISD Athletics. As team captain, she recruited and mentored younger players, stepped in when there was a need and made tough calls in the best interest of her teammates. 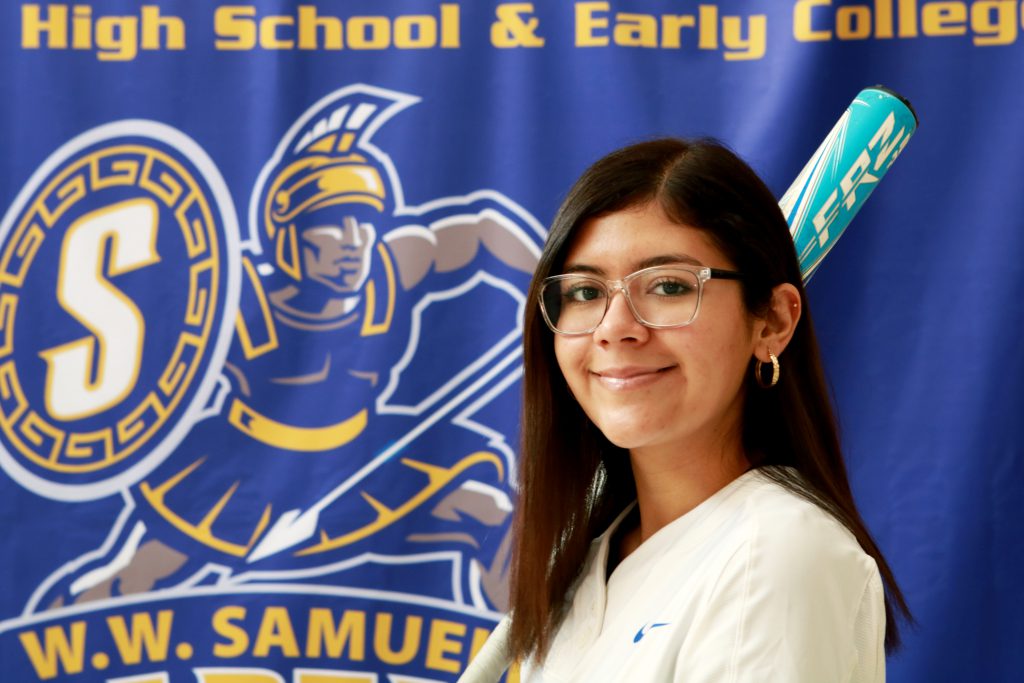 “I wasn’t the person I am now,” Cabrera said. “I was very much shy, but joining the team helped me develop who I am now. I would see my team captains before me and I would really look up to them and I would think that one day I’d really be in that position.”

The Lady Spartans were making strides during the 2019-2020 school year when schools unexpectedly shut down in March 2020 and all scholastic sports abruptly cancelled their seasons due to the COVID-19 threat. Unable to meet for softball practice, Cabrera – a junior at the time – began connecting with her teammates remotely to check on them and to discuss how to rebuild the team that was composed of many graduating seniors.

“When I was named captain, one of my roles was to look for the girls who I thought were good for our program,” Cabrera said. “I wasn’t a pitcher and our main pitcher graduated in 2020, so I had to step in and learn how to pitch for our team. But because I was also graduating, I had to teach our incoming freshman pitcher how to pitch and a lot of the girls how to play. Teaching these skills to them was a big part of earning credibility and building trust with my team early on.”

Like team captains before her, Cabrera had to make many decisions that would affect the whole team. However, the pandemic and its aftermath presented new challenges that no other generation of student leaders had faced. During her senior year, Cabrera and her coaches decided to skip a tournament in order to avoid risking the health of the players. 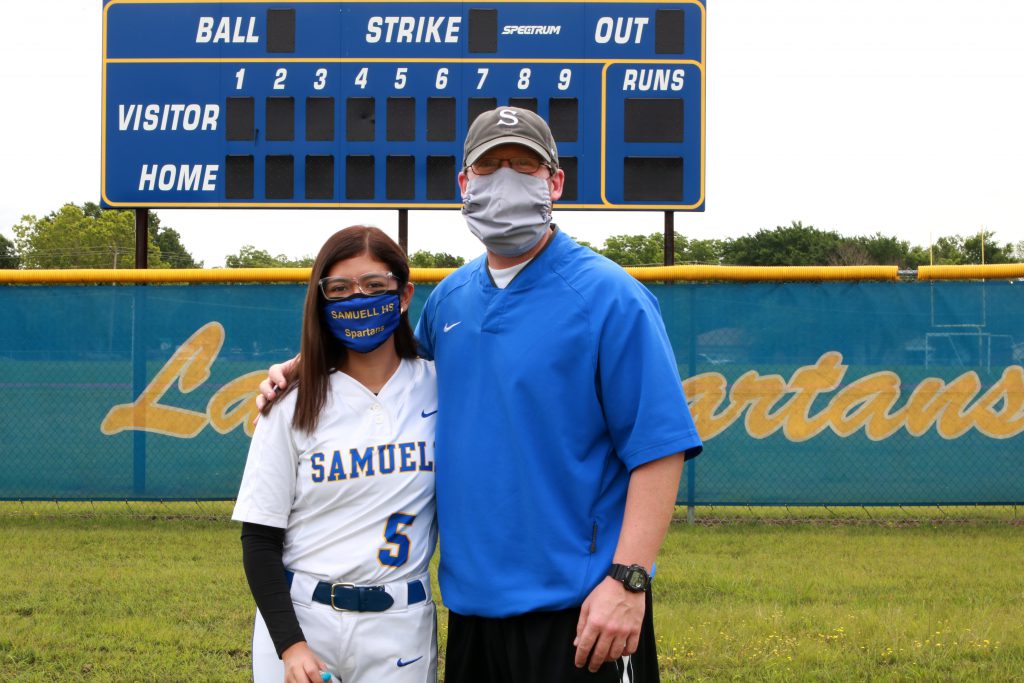 “I would have a serious talk with my teammates and ask them how they felt and whether they wanted to attend or not. There were several late meetings with our coaches and my co-captain,” Cabrera said. “We would take into consideration everybody’s opinion, and whether or not we’d have transportation, or whether our peers would be allowed to show up, and what was best for them.”

Cabrera is the oldest of three siblings and the first person in her immediate family to go to college. She plans to go to medical school after earning her bachelor’s degree, and become a psychiatrist. She says she’s driven to learn about the human mind to help people who are afflicted by mental illness and wants to inspire her younger siblings to explore their full potential and follow their dreams.

“When freshmen come in, you always look around to see who is going to be that person to step up and be that leader, and it was pretty evident early on that eventually she was going to take over that role,” said Michael Meyer, head coach of W.W. Samuell softball. “Sol is the ultimate team player. Since she was a freshman, I’ve seen her learn and work really, really hard, athletically and academically, to get to where she is now. She’s a great representation of Samuell softball and I couldn’t be more proud of her and can’t wait to see what happens in her future.” 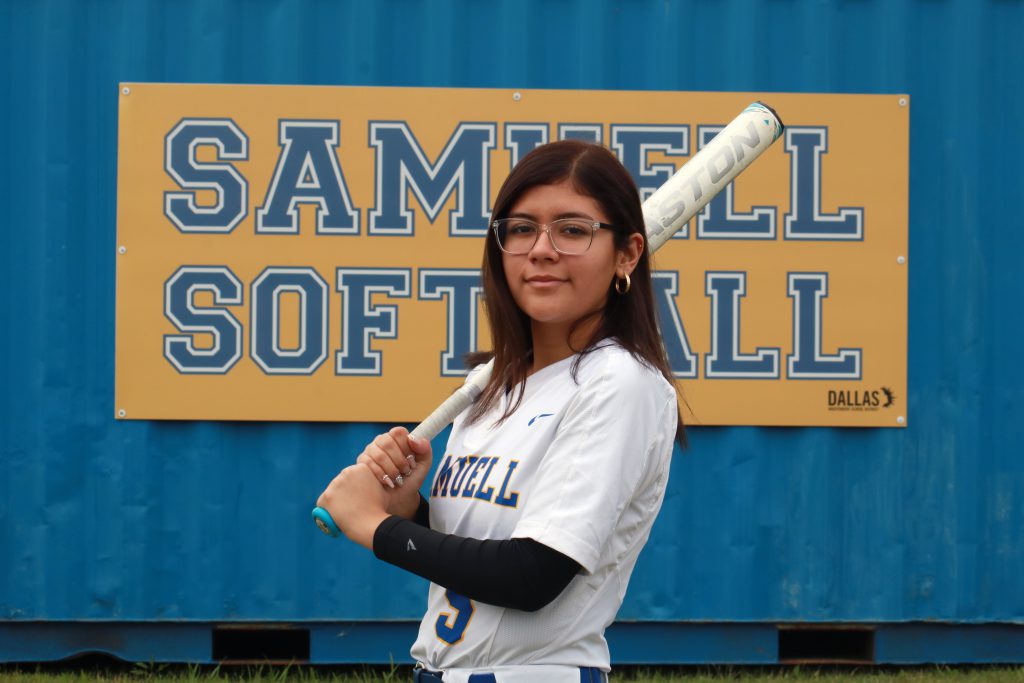 Cabrera was among 10 students out of 1,500 nationwide applicants to receive the competitive full-tuition Posse Scholarship. She’s also an awardee of the $10,000 Jordan Spieth Family Foundation scholarship.

“I realized I’ve made it this far when I graduated with an associates degree and a high school diploma in the middle of a pandemic,” Cabrera said. “Not only was I able to balance my academic life but also sport’s and my personal life. God has truly blessed me with amazing mentors, an amazing family and great people who surround me. I will forever be grateful .”