Whatever combination of skill, belief system and principles is required to work effectively with students in challenging neighborhoods, Alpher Garrett-Jones clearly has it. The veteran teacher, assistant principal and principal has served as a district education leader for more than three decades, much of that time in south Dallas schools.

If anyone can rightfully call Dallas ISD home, it’s Garrett-Jones, former principal of Charles Rice Learning Center, now at the helm of Paul L. Dunbar. She has deep roots in south Dallas, where she grew up in Bonton alongside seven siblings and attended H.S. Thompson Elementary and  Pearl C. Anderson Jr. High before graduating from Lincoln High School. After college, Garrett-Jones returned to H.S. Thompson to launch her career as a Title I teacher under the tutelage of her former first-grade teacher, Veverly Phillips, who was still at work in an early childhood classroom. Thanks to the care and concern of Ms. Phillips, Garrett-Jones says, she learned the basics of effective classroom instruction that informed her leadership style to this day.

She says the key to her work with students is building relationships, which she learned early on from her teachers, and which made all the difference in achieving goals in her own life. 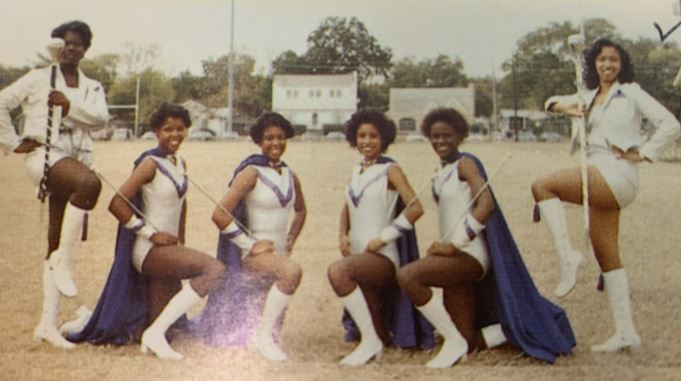 Remembering the years growing up in Bonton, Garrett-Jones has fond memories of the neighbors and teachers who didn’t hesitate to correct any child in the neighborhood out of a sense of love and concern.

“Back in the ’60s, when I walked up and down Bexar Street, it was not the most beautiful landscape you could see, but it was home, and everyone cared and took care of everyone’s children and did not mind pitching in and taking care of one another,” she said.

“I had the greatest experience in elementary, middle and high school. The teachers took great care of us growing up. It was not something that we took lightly because we knew and we saw the conditions in which we were living, even though our parents sheltered us.” She said teachers were tough. They reminded students often that they were fortunate to have the opportunity to attend school and stressed the importance of using their time wisely. She credits the many lessons learned from her former teachers for shaping her into the educator she is today.

“You remember the names of those people and you can laugh about it now. Back then we thought they were hard, but they were hard for a reason because they knew this world was not going to be kind. They nurtured us into becoming teachers who really cared.” 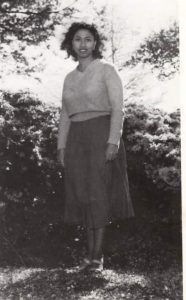 Garrett-Jones says demonstrating care for students is the foundation of her role as a principal. She has served the community long enough to now have students whose parents she taught in years past, and she values the trust she has built with parents through the years. She continues to believe it’s important to get to know her students and takes the time to ask them questions about what they like to do—whether it’s singing, creating Tik-tok videos, rapping, writing, or performing poetry.

“I believe in going to the cafeteria—not just for lunch duty—but to get to know the children so you begin to understand what their interests are. It’s always been my idea that we should find their niche and nurture it, anything that will spark their interest and build their skills. That’s why it’s so important to push the arts.”

A talented singer who performed with the Pearl C. Anderson jazz band as a student, Garrett-Jones is known throughout south Dallas for encouraging participation in the arts as a means of connecting with students. Her schools have a tradition of hosting award-winning visual and performing arts programs.

“That’s really so important to me. You look at how the arts have a way of giving the child a reason to attend school. Where do they find excitement? What is it that’s going to make them want to come to school every single day? That’s why when people start talking about cutting the arts, that’s hurtful to me because they played a big part in my life.”

Along with building relationships and promoting the arts, the longtime principal says engaging instruction is vital to keep students interested and motivated, another lesson she learned from her mentor teachers that she preaches to her current teachers. When she goes into a classroom to observe, she says, she’s always looking to see if students are engaged, adding, “you can’t possibly make the gains you’re looking for if the kids are asleep.”

Asked why she has spent the lion’s share of her career serving students from some of Dallas ISD’s most challenging communities, Garrett-Jones cites an encounter with a young male student more than 20 years ago. While conducting a home visit to talk with the student and his parents, she entered a chaotic and potentially dangerous environment. The experience convinced her that students like that young man needed the care and stability of responsible educators they could count on to support them.

“It was that experience that changed my heart forever for the children in our community. I’ve often said I prefer to be in my own community. My community is south Dallas.”

Dallas ISD Athletics hosts Back To School training for 600 coaches, trainers and staff