Dallas ISD, Big Thought, Dallas Afterschool and Dallas Park and Recreation share early lessons from a six-year national study they are participating in called the Partnerships for Social and Emotional Learning Initiative (PSELI). Dallas was selected to be one of six communities to be part of the initiative via a competitive nationwide review process. PSELI was launched in 2016 to gain knowledge about how to help children develop SEL skills. Evidence points to the importance of social and emotional skills – including teamwork, persistence, goal-setting and self-control – for success in school and careers. These skills are developed over time and through repeated experiences in school, out-of-school settings, and at home.

The study was sponsored by The Wallace Foundation, a philanthropy that works to foster improvements in learning and enrichment and undertaken by RAND Education and Labor, a division of the RAND Corporation that conducts research on education and workforce issues.

The Wallace Foundation has two goals for PSELI: for local partners to strengthen their capacity to deliver benefits to children in their communities, and for PSELI to develop new knowledge that will be useful to the field. Today, The Wallace Foundation and RAND Education and Labor published Volume I of a series of reports based on findings from this initiative that provides insights into early lessons from the six-community, 38-site study. 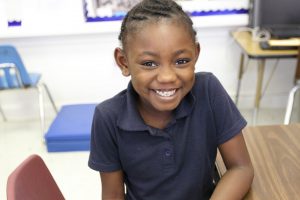 Superintendent Michael Hinojosa said, “Dallas ISD is excited to be a participating community in this SEL study. Our staff and schools have intentionally implemented SEL since 2017, and we are beginning to realize its benefits. In today’s challenging environment, schools are relying on tools like SEL more than ever to help children and adults cope and thrive,” he said. “Dallas ISD is honored to have helped inform this RAND report, and we look forward to the continued collaboration and benefits SEL will bring to our students and school district.”

“The unique approach we took in Dallas was to create social and emotional learning content that aligned school and out-of-school time learning. Themes and sequencing were consistent across learning environments, allowing students and educators alike to be learning from the same playbook, using the same terminology,” said Byron Sanders, Big Thought President and CEO.

“That early decision to create aligned curricula has been key to our effectiveness. We approached the planning and implementation of SEL with a common goal and a shared commitment,” shared Dallas Afterschool CEO Christina Hanger.

This six-year study began in the 2017–2018 school year. Each summer from 2018 to 2020, RAND is providing non-public formative feedback to each community along with an interactive website in which each grantee community can view the data RAND has collected about their sites. In 2020 and beyond, RAND will publish public reports about the implementation and effects of PSELI.

A separate nationally representative survey released this month by RAND – Supports for Social and Emotional Learning in American Schools and Classrooms: Findings from the American Teacher Panel – found that 80% of teachers surveyed expressed a desire for more professional development in a variety of topics related to social and emotional learning.

To read the full PSELI report and the American Teacher Panel survey and for more information on social and emotional learning, visit the Wallace Knowledge Center.