“We want to address past inequities that are still having an impact on redlined neighborhoods,” he says.

Williams is spearheading an effort to assign a portion of the proposed 2020 bond package to correct past inequities that have created a legacy of poverty in communities around Lincoln, James Madison, L.G. Pinkston, Franklin Roosevelt and H. Grady Spruce high schools. He is meeting with parents, residents and elected officials, presenting evidence that the poverty surrounding these schools has its roots in the practice of redlining. He’s proposing to have neighborhood schools serve as community hubs to help improve economic opportunity through a focus on family services, education, economics and health. 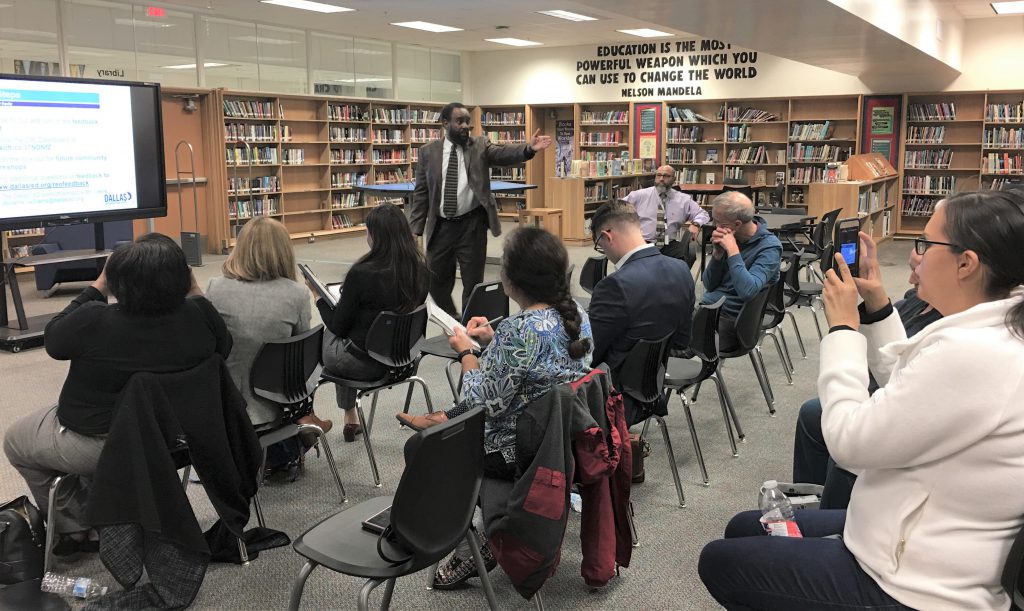 It’s no secret that redlining was a common practice of financial institutions in the 1930s and ‘40s. Banks and mortgage companies literally drew a line around certain communities where they refused to make or guarantee home loans that would enable black, brown and poor whites to move into those communities. Williams says redlining locked a generation out of homeownership, the major means of building wealth. He says the inequity created the intergenerational poverty that still impacts neighborhoods today. The practice also served as a disincentive to investment, stripping those neighborhoods of needed services.

To prove his point, Williams is working with the Child Poverty Action Lab, a nonprofit that has developed the Community Resource Index. The CRI is a mapping tool that measures the economic health of a community based on available resources such as libraries, wi-fi bandwidth, childcare, health facilities, grocery stores, and other services. Action Lab executive Ashley Flores has mapped 25 data points around the five target schools and found a relationship between the lack of services and the level of poverty in the communities.

Presenting this data to residents, community leaders and elected officials, Williams is working to enlist support for earmarking $40 million in the proposed November bond package to create the community hubs. His plan calls for Dallas ISD to make the space available. He’s appealing to city, county, and social service agencies to provide the services identified by residents as most vital. These might include health services offered by Parkland Hospital, section 8 voucher assistance from the Dallas Housing Authority, and job training programs and counseling services offered by other partners.

“This can be a game changer for a lot of people who are struggling,” Williams says.