Silvia Salinas was recently named acting executive director of the Athletics Department, the first woman to occupy the position in Dallas ISD. A 27-year educator, Salinas has worked in athletics administration for 16 years. 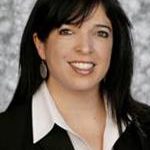 Salinas began her career teaching mathematics and coaching cross-country and track-and-field in Lockhart, Texas. In 1996, she began teaching and coaching at Skyline High School before going on to coach at Northwestern State University in Natchitoches, La. In 2000, she returned to Dallas ISD to teach at Bryan Adams High School and Richland College and later at W.T. White High School before becoming assistant director of Athletics.