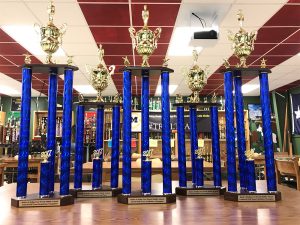 The Marsh cadets competed with schools from Red Oak, DeSoto, Glen Heights, Fort Worth and the Dallas area. They were evaluated on precision, overall appearance, command voice and military bearing. Marsh placed in five out of six categories, taking the top honors in three: