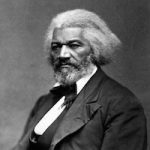 Frederick Douglass: Born a slave, Douglass was taught to read and write by a plantation owner before escaping slavery in 1838 en route to Massachusetts. He became a well-known orator on topics of anti-slavery. Douglass wrote an autobiography titled, “The Narrative for the Life of Frederick Douglass,” and, in the same year, departed to England for refuge where he found allies who later purchased his freedom. In 1847, he returned to the United States as a free man and founded his own newspaper titled “The North Star.” Douglass’ Rochester, New York residence was a stop on the Underground Railroad. In addition to writing two more expanded versions of his autobiography, Douglass advised two United States presidents.

Douglass is the namesake of a Dallas ISD elementary school. Frederick Douglass Elementary is located at 226 N. Jim Miller Road.