The NCAA is looking for girls between the ages of 10 and 14 who are not yet in high school to be the honorary ball kids at the 2017 NCAA Women’s Final Four games at the American Airlines Center March 31 and April 2, 2017. The NCAA Ball Kid Battle will be coming to the 77th annual Dallas ISD Holiday Invitational Dec. 28, 2016.

The Ball Kid Battle will consists of two rounds. Four finalists will be chosen from the first round: a contest held at the Dallas ISD Holiday Invitational December 28th at Conrad High School from 11 a.m. to 1 p.m. The four finalists chosen will then compete during the halftime of the Dallas ISD Holiday Invitational girls’ championship game Dec. 30 at 4 p.m. at Ellis Davis Fieldhouse. Cost is free. Honorary Ball Kids will sit courtside during the Division I national semifinal and championship games, helping to assist the event staff.

Registration will happen on site, girls must have a parent or legal guardian present. Ball Kids must be able to attend two games at American Airlines Center Friday, March 31 at 6:30 and 9 p.m. and one game Sunday, April 2nd at 5 p.m. 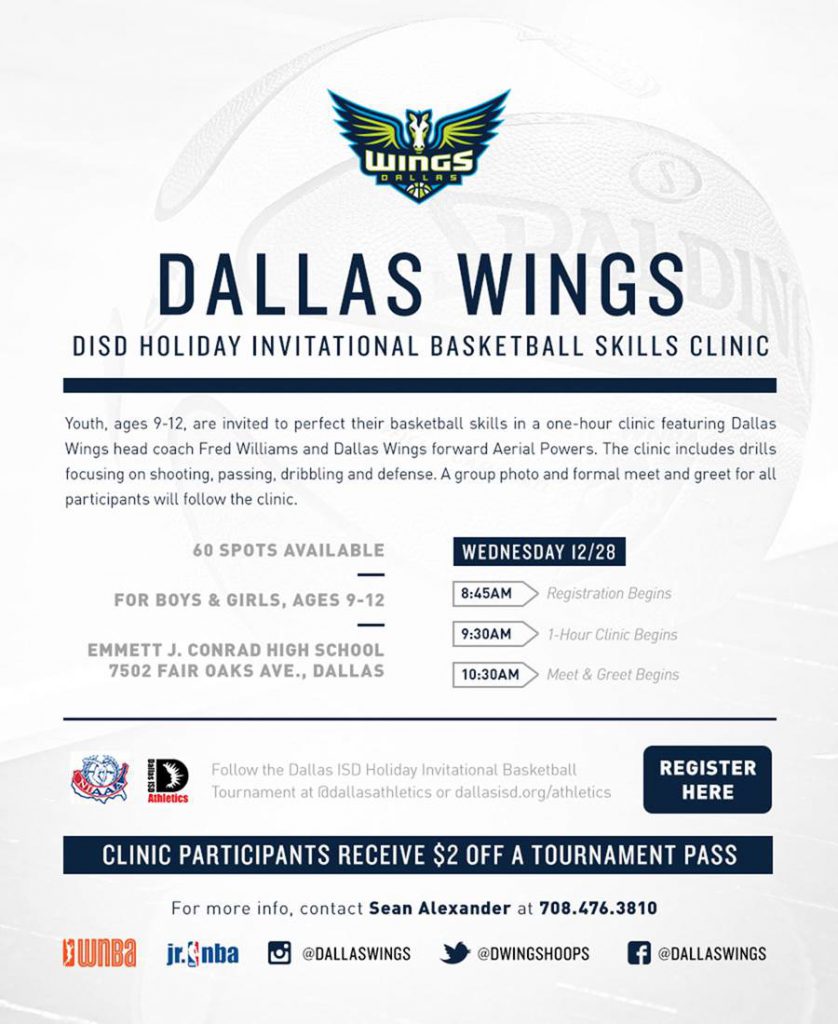