A group of students, families and members of the David G. Burnet Elementary community met for the first time on April 6 to develop the vision for the school’s planned garden and learning environment.

Representatives from REAL School Gardens hosted a “Dine & Design” event at the campus that paired an early evening meal with a discussion about possibilities for the new garden, slated to be constructed this fall. The garden will be located on both sides of a large portable unit that occupies the school’s courtyard area.

A highlight of the gathering were the unveiling of three prize-winning 3D garden models developed by students over Spring Break. Design requirements included an engaging entrance and an open space. While many students recorded their ideas using a pencil and paper, a large number of students took the extra step of creating a 3D design.

“I gave them a proposed space and they ran with it,” said garden sponsor and science coach Wendy Kelly.

The top prize went to Yahir Lopez for his design that included a large, multi-colored shade, large scale butterfly net, innovative art wall and a traditional swing set. Other prizes were awarded for Justin Cavillo’s weather-centric design that included a rainwater-fueled irrigation system, and Neftaly Alvarez’s wonderland that also included large area for butterflies and a pen for farm animals. 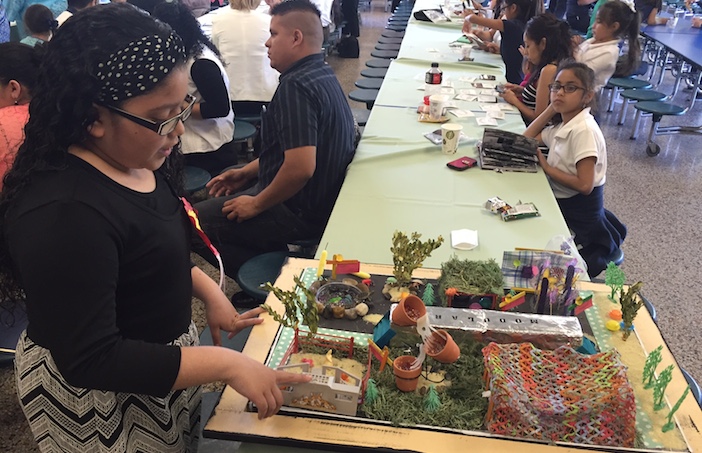 “This partnership impacts not just science, but language arts too,” Kelly said, later adding, “This will be one of best in Dallas ISD.”

The next step for the Burnet elementary project will be a “big dig” construction effort in late September.