Under the Teacher Excellence Initiative, teachers have a significantly higher earning potential than they do under a traditional salary step schedule.

In fact, effective teachers who advance at an average progression under TEI have the potential to make a total of $100,000 more over 15 years than they could under Dallas ISD’s traditional step salary schedule. 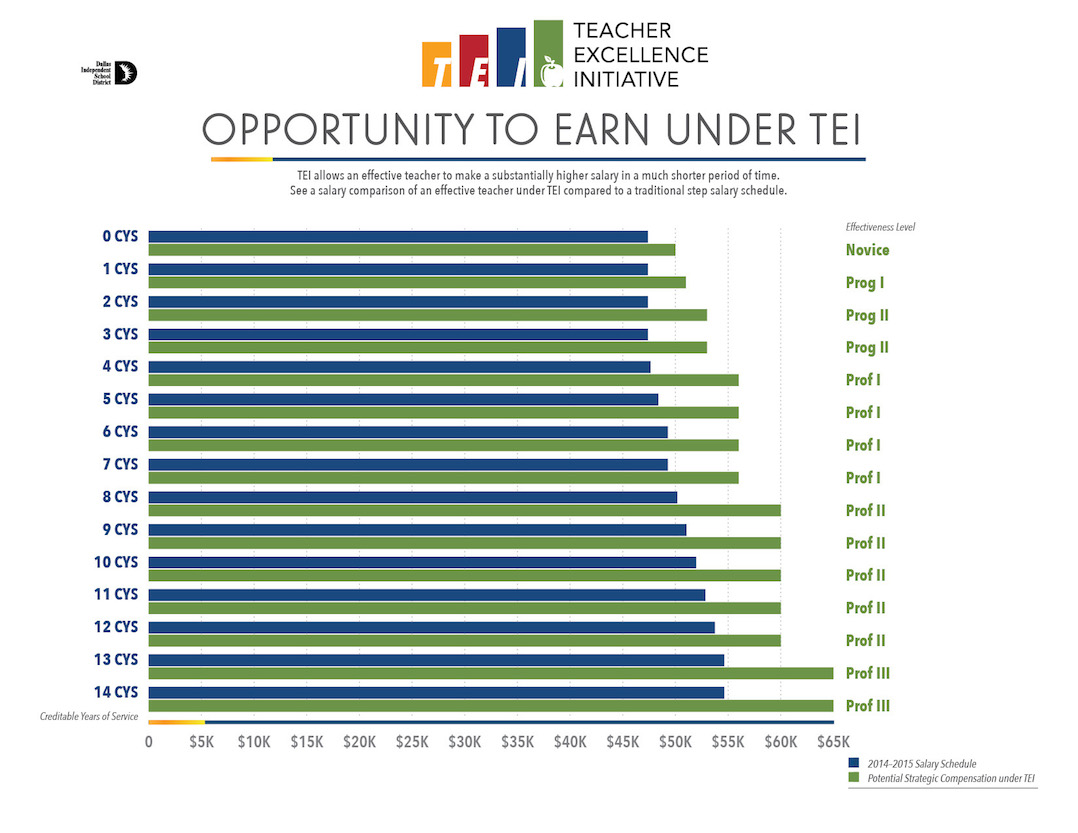 Under strategic compensation, a Dallas ISD teacher’s earning potential is very competitive compared to other Texas school districts. Using the same example above, here is the earning potential for an effective teacher with 15 years of service and a Proficient III Effectiveness Level I in Dallas ISD compared to in other Texas school districts, as based on the other districts’ 2014–15 or 2015–16 (when 2014–15 data wasn’t readily available) traditional step salary schedule. 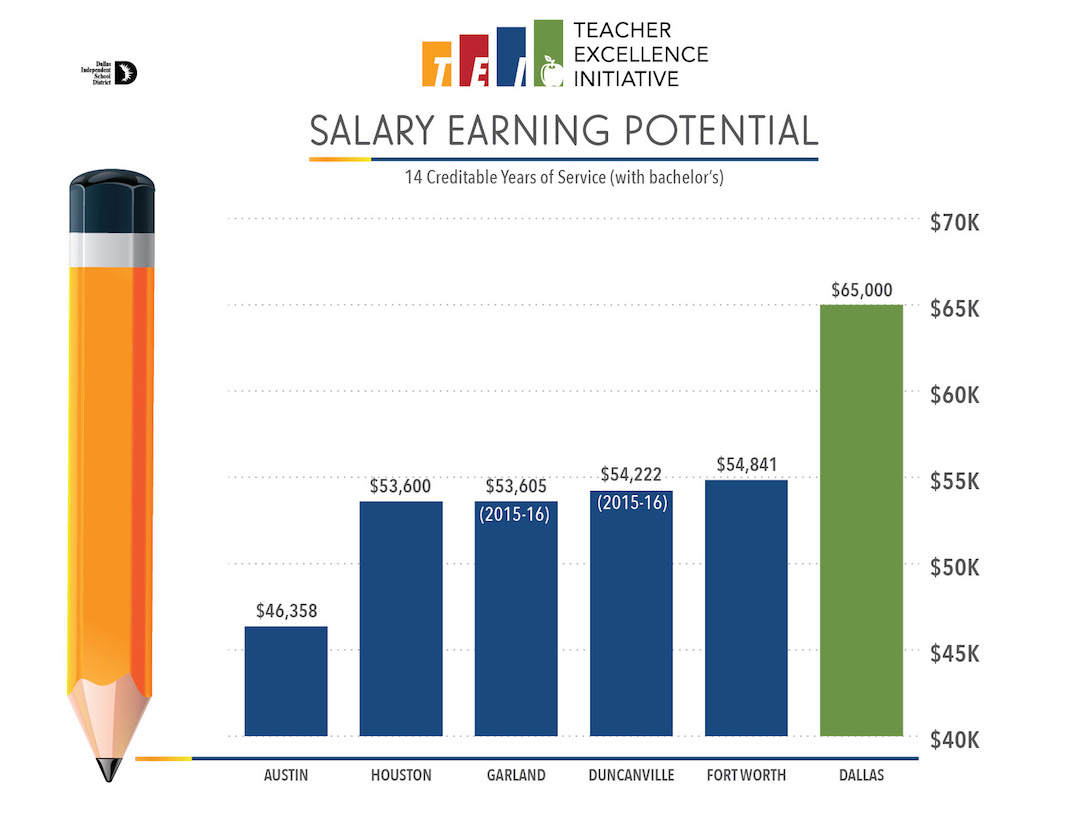 TEI defines, supports, and rewards excellence. The initiative represents a paradigm shift from tying salary increases to years of service to rewarding teachers based on their effectiveness in the classroom. Because teachers are on strategic compensation, they are not eligible for a traditional 3 percent annual salary increase.

The ultimate goal of TEI is to put an effective teacher in every classroom to help ensure Dallas ISD students are college and career ready.

Talking TEI is an eight-part series that dives into the nuts and bolts of the district’s new teacher evaluation system.

A Beginner’s Guide to TEI