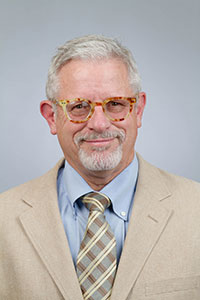 The Dallas Business Journal recently named Dallas Independent School District Chief Financial Officer Dr. James Terry, CPA, as one of 27 finalists in their annual CFO of the Year Awards. Now in its seventh year, the award distinguishes financial professionals from across North Texas “whose demonstrated commitment to their respective companies’ financial best practices, accounting standards and success as a strategic visionary set them apart.”

The selection included an extensive nomination process and an invitation-only meeting with the DBJ’s panel of independent judges. “This recognition of Dr. Terry is well deserved,” noted Dallas ISD Superintendent Mike Miles. “His commitment to being a good steward of the funds entrusted to us by the taxpayers has ensured that we have the solid financial foundation we need to be innovative, and meet the needs of all our students.”

Terry started with the district in 2011 as the Interim CFO, and was officially named to the position a short time later. “I am honored,” Terry said of the recognition. “What I have accomplished is due to the strong capabilities of those who work for and with me from the clerks to the executive directors. This includes the support of the other chiefs and the superintendent.” Before coming to Dallas ISD, Terry served for more than 20 years in Northeast ISD in San Antonio, holding multiple business-service roles. He is also a past board member of the Texas Association of School Business Officials.