The Sunset High School junior found a passion for electrical engineering and the aviation industry after joining the Charmaine & Robert Price Career Institute and spending the summer working for Gulfstream Aerospace Corporation at Love Field Airport.

“When I learned that there was a building with all sorts of different pathways, I signed up to see what it was like,” Xavier said. “Construction was my very first course, and we started building stuff only four months into the program. This really motivated me to explore the possibilities that Career Institute South had to offer. As soon as I saw everything – the equipment and the gear – it just blew my mind.”

Student Transportation buses pick up career institute students from their traditional high schools every other day and on alternate Fridays. Students spend two class periods and lunch at their assigned career institute, and then return to their home campuses to continue their day. 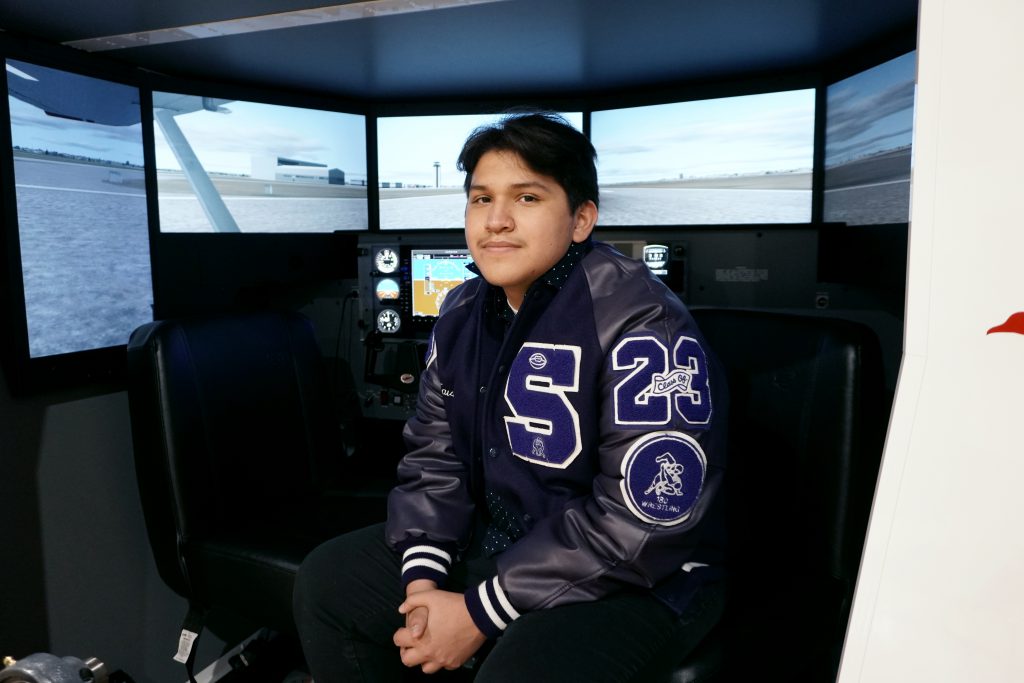 “I’ve always been interested in planes, in their engines, in how they work and how to fly,” Xavier said. “In the intro course, we used drones to learn about the principles and the physics of flying. We had a project where we built and flew our own drone. We had to use materials and pieces, but also put our knowledge of flying to the test. That project was really motivating and that class sparked my interest in aviation.”

This is Xavier’s third school year attending Career Institute South, where he’s taking courses in aviation and development of employability skills. Last school year, during an open house for students and parents at the institute, he was giving his family a tour when his aviation teacher approached him with an unexpected opportunity.

“He told me: ‘There’s a possibility for an interview with Gulfstream Aerospace. You’ve got to fill out this resume,’” Xavier says. “I went to the aviation classroom and filled out the application. I was in shock because I didn’t know that I was going to apply for a first job for the very first time that day, and my family was watching as the teachers helped me get everything together.”

The following week, Xavier worked with Pamela Mcelvogue, the employability skills teacher, on putting together a strong resume and interviewing. His mom took him to buy his very first professional attire and he went to the Dallas Gulfstream headquarters for his first job interview.

In June, just two months after the open house, he began working as an electrical engineering high school apprentice for Gulfstream. And after a week of training, he began shadowing Gulfstream employees. As he proved himself, the staff allowed him to do greater tasks.

“The staff would be ordering lights, wires, batteries, USB plugs for phone chargers, screens and parts for the planes, and other parts of the inside of the plane that needed to be installed, and even the paint for the plane,” he said. “I would organize files of the parts that arrived or the ones we ordered, and review some of the files for accuracy.” 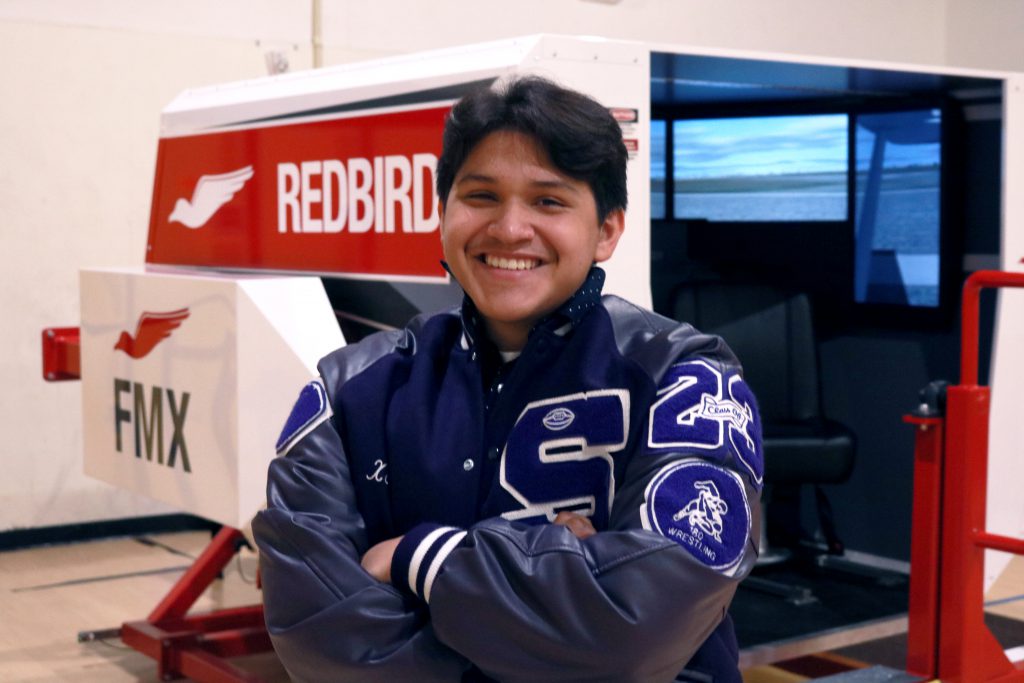 Among his most life-changing experiences during the internship was witnessing the process of building the inside of a plane.

“I was able to see the inside of a completely empty jet, before anything was brought in and installed,” Xavier said. “Once the plane arrived at the airport, Gulfstream staff cleaned it up and put our parts in, and our wires. In our department, we’d give those folks the list of what they had to do. They showed me where the lights get put in, and where the circuits and other parts go. It was an awesome experience.”

Eighth-grade students who are interested in exploring the career pathways available through Dallas ISD’s career institutes can meet with their school counselor about applying and enrolling for their incoming freshman year. Learn more about Dallas ISD Career Institutes and more at www.dallasisd.org/choosedallasisd.

Portrait of a Graduate: Carter senior plans to use full-ride scholarship to TCU to help her give back to her community