The Dallas Independent School District’s high school graduation rate rose to an all-time high for the Class of 2014, according to both federal and state measurements.

“The increases in Dallas ISD’s graduation are positive news, and it is a reflection of the hard work of both our students and school staff,” Superintendent Mike Miles said. “However, these continued gains are but a single step to making sure students graduate college and career ready.”

In 2013, Dallas ISD had one of the highest graduation rates among urban school districts in Texas at 84.8 percent, slightly outpacing perennial leader Austin ISD’s 84.1 percent. That rate was slightly below the state graduation rate of 88 percent. Figures for other districts and the state for the Class of 2014 have yet to be released.

While Superintendent Miles is pleased with the increase in the district’s graduation rate, he cautioned that much work remains to be done. The goal for the district’s strategic plan, Destination 2020, is that 90 percent of Dallas ISD students graduate on time, and 80 percent of students enter college, earn a career certificate or pass the military assessment. 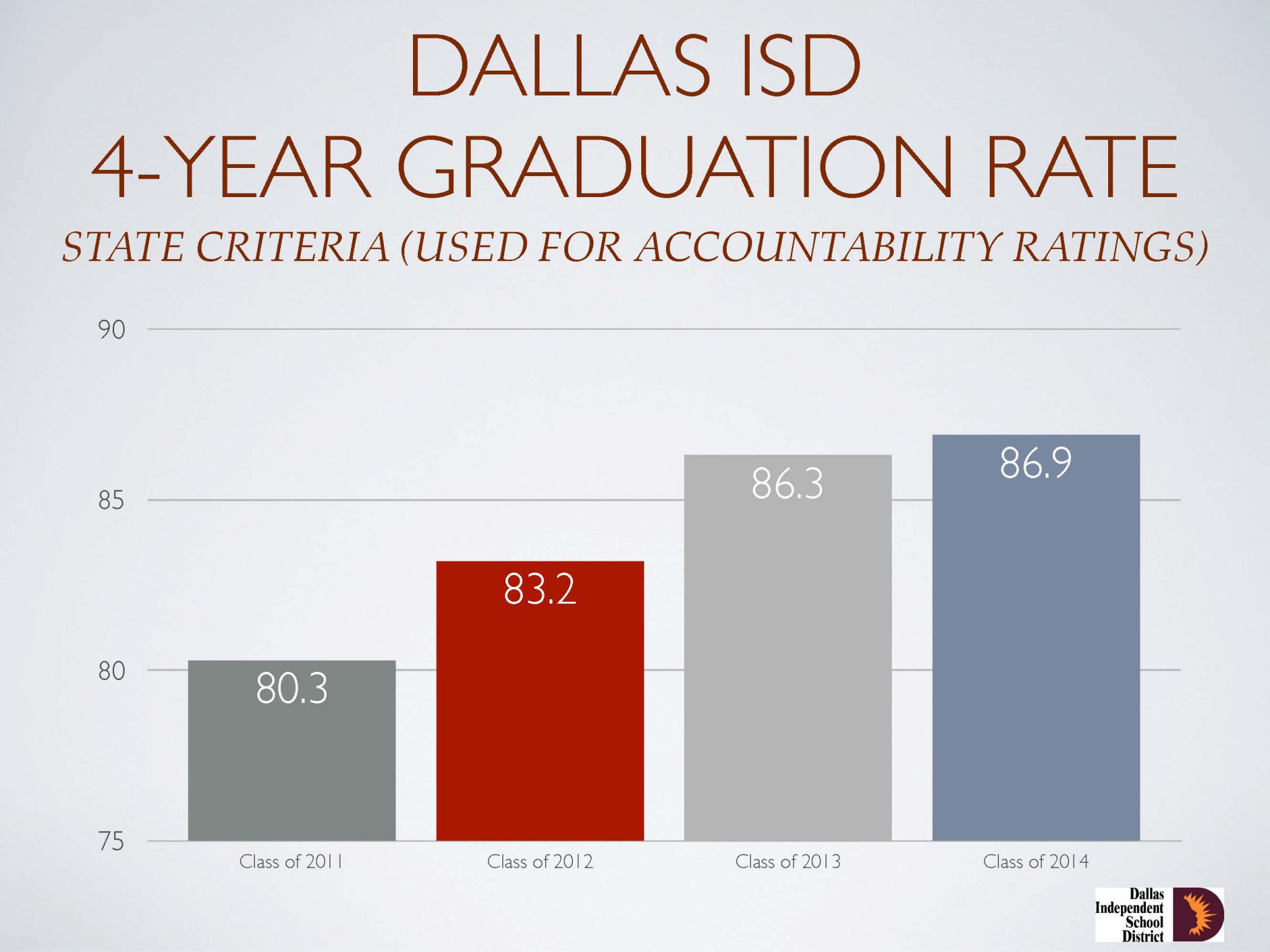