As flu season ramps up, there is much discussion surrounding the symptoms and how they differ from the Ebola virus. The initial stages of both illnesses share similar symptoms, which could wreak havoc on healthcare providers this flu season. The concern is that flu sufferers may flock to doctors and medical facilities fearing that they have somehow been exposed to the Ebola virus.

A difference between the two is that the flu is an airborne virus and the Ebola virus is not. Thus, the flu can easily be spread by simply being near someone who is infected. The Ebola virus can be transmitted only through direct contact with the bodily secretions of someone who is sick with the disease.

So, what are the symptoms? A patient suffering from the flu may experience a sore throat, cough and fatigue. An Ebola patient in the initial stage of the disease may display these same symptoms along with chest pains and a rash.

Both patients may develop fever and a headache, however, the flu patient’s symptoms have started to fade by day 8-12. On the other hand, the Ebola patients’ symptoms continue along with a high fever, loss of appetite, red eyes, chest pain, blood in the stool, shortness of breath, confusion, seizures and internal bleeding.

“I think people are so concentrated on Ebola right now that they may not be thinking about flu as much as they should be,” said Suzanne Kubelka, director, Health Services. “We’re just at the beginning of that trajectory with the flu, and it will probably peak around January or February.”
School nurses have been preparing for the flu since the beginning of the school year educating students and staff about prevention and posting good hygiene reminders throughout the schools.

The best defense against the flu is to get the flu shot and continue to practice good hygiene; cough or sneeze into your upper sleeve or into a tissue—not your hands; wash your hands regularly with soap and hot water; use hand sanitizer as needed and remember to put your used tissue in the trash.
District employees have help this year in their fight against the flu. Passport Health/North Texas Flu Shots is conducting several flu shot clinics throughout the district for all staff through Nov. 4. There is no cost to employees covered under the TRS-ActiveCare-Aetna plan. Visit http://goo.gl/X6nKeO to find a location.

While the two illnesses may start out with similar symptoms, the Ebola virus is likely to hit you much harder than the simple flu. If you are struggling and experience severe flu-like symptoms, get it checked out. 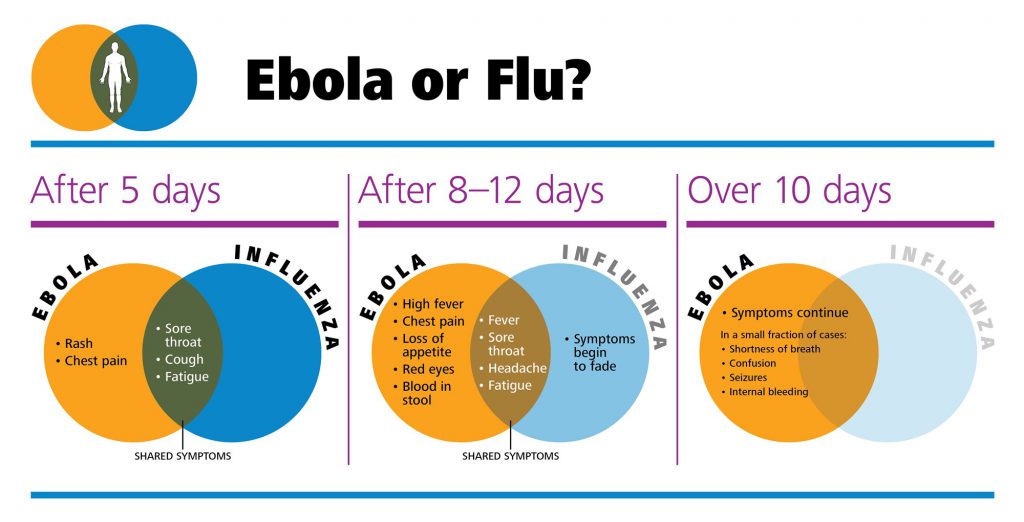